“The rich get richer, the poor get poorer” 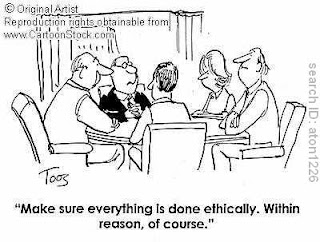 The city of Houston, and its people, suffered a lot from the Enron scandal. The story of the Enron collapse and its consequences is a story about two different groups, causing two different reactions.

On the one hand, there’s a massive group of -relatively- poor, hard-working employees, who lost a lot of money, pension and savings. They do have plenty of negative feelings, such as anger and frustration, about the Enron scandal and are mostly in a struggle to survive financially.

On the other hand, there are certain former Enron executives, who caught some midnight bonuses just after Enron got bankrupt. Ken Lay for instance, former Enron chief, stayed
-relatively- wealthy in the years after the bankruptcy, and still believes he’s innocent.

Homo homini lupus. A man is a wolf to his fellow man. The story of Enron is one of greed and moral decline. The idea of corporate governance is a modest step forward, although I do believe that there will always be people in charge with too much ambition and greed inside them. Therefore, I think this could happen again... but not on such a gigantic scale anymore.