The downfall of Andersen

The motto of the accounting firm Arthur Andersen, “Think straight, talk straight.” , doesn’t sound as right anymore as it used to when Enron was just another prosperous enterprise. Years later, when Andersen found out that Enron’s financial situation was about to be made public, a memo was sent to the personnel which instructed them to destroy all audit material regarding Enron.

In 2002 Andersen was convicted of obstruction of justice although there is no exact rule on how long these documents should be hold on to and it couldn’t be proved that evidence was still being destroyed while Enron was under investigation, which is illegal. Andersen lost its Certified Public Accountant licence and was officially put out of business. Three years later the Supreme Court of the United States reversed the earlier conviction because of a communication mistake regarding the jury instructions. But the damage was already done and because Andersen’s reputation was severely damaged, nobody wanted its name on an audit and so it hasn’t returned as a viable business. I guess there is such a thing as bad publicity after all.

While most of the previous blogs focused on how Enron executives had hidden their debts through various methods, especially paying attention to the balance sheet, Enron’s main goal actually was to keep their share prices rising. Although the world believed their 57% five-year sales growth rate and their revenue rise from $13.3 billion to $100.8 billion between 1996 and 2000, Enron executives knew that those numbers weren’t exactly truthful.

Because the FASB, also known as the Financial Accounting Standards Board couldn’t agree on how energy contracts should be booked, they left companies such as Enron the choice whether to book the revenues at their gross or at their net value. Enron used this accounting loophole to its advantage and booked the energy contracts at their full value instead of the commission or profit they got, which explains how their revenue per employee can be at least three times higher when being compared to companies with similar sales or at least eight times higher if you look at companies with a similar number of employees. Sometimes people need to be reminded that there’s a good reason why people say “If it’s too good to be true, then it probably is!”

The rise and fall of Enron: a brief history

In my last blog entry I will talk about the rise and fall of Enron. In our blogs we focused on the fraud case, but to understand everything we should know something about the history.
It all started back in 1985 when Houston Natural Gas -where Ken Lay was CEO- and Omaha–Based Internorth merged. At that time Enron was only an interstate pipeline company. In 1999 they extended their horizons by launching Enron online, the company’s website where it was possible to trade commodities. That was a masterstroke, the company grew rapidly. In 2000, they were already 7th largest company on the Fortune 500. But what goes up must come down. In 2001 the drawback became clear. Enron was hiding their debt as a result of setting up a complex web of subsidiary companies.
The consequences are well-known. There’s no doubt that Enron is one of the biggest frauds in corporate history. Justice should learn from this case and revise their legislation on accounting thoroughly.
Gepost door Alexander Verkouille op 10:01 Geen opmerkingen: 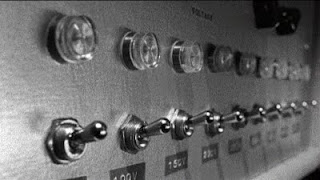 Insights into the Enron scandal

Curt Launer, managing director at Credit Suisse First Boston, presented a presentation about the Enron scandal. According to him, there were three main reasons for this scandal: innovation, compensation and investment attraction.

In the early nineties, Enron innovated a lot which led to buying large amounts of capital. The company grew and saw their shares rising.

To benefit their executives, Enron had a compensation system which included a stock option plan. This was an incentive to keep the stock price getting higher and higher. When the debts rose, Enron used creative accounting to maintain their price and to stay attractive for the investors. Of course this went wrong after a while, I have explained this in other blogs.

The Enron scandal is a good lesson for other companies. Companies should have high ethical standards so that these things can’t happen again and they should stay to their core business instead of entering other markets.

Back in December 2001, California suffered from two rolling blackouts, which means that there was not enough electricity for America’s largest state. Accordingly, electricity prices shot through the roof, in some cases by a factor of ten. How could this possibly happen and more important, who was responsible for this energy crisis?

It all started with the deregulation of the electricity market in California a few years earlier. Thanks to the complicated and hard-to-follow new rules, a few smart guys inside Enron, such as Tim Belden, found plenty of loopholes to exploit the California energy system.

Basically, the Enron energy traders followed two massively effective strategies to make money out of ‘those poor grandmothers in California’ (sic). First, the traders created artificial electricity shortages by shutting down power plants. In energy shortage, they exported power out of the state. When prices soared again, the traders brought it back in.

However, the real money was made by arbitrage, essentially by betting that electricity prices would go up. As a result, the Enron traders made billions of dollars for the company, while the State of California was being plundered. The whole California electrical system, built a hundred years ago by Edison, was all of a sudden turned into a casino...

The Sox does not only refer to an Amercian baseball team, but also to the Sarbanes-Oxley Act, a United States federal law enacted approximately one year after the Enron scandal was revealed and it was meant to avoid other accounting scandals and to restore public confidence in the nation’s capital markets. This wide-ranging legislation directly caused the creation of the Public Company Accounting Oversight Board in order to protect the investors by controlling the auditors of public companies.

But a lot of people, including myself, doubt the effectiveness of the PCAOB and SOX, especially regarding increased regulation, professional conflicts, increased compliance costs, corporate federalism, and lack of clarity.

Though, we shouldn’t be too hard on this government intervention because it managed to increase the confidence of investors in the markets by requiring full disclosure, accuracy and transparency. So it seems the Sarbanes-Oxley Act deserves the benefit of the doubt, at least for now.